Baltimore has always had a strong skate scene, and Vu Skateshop has been a driving force over the past 12+ years.

Whose skating are you most stoked on in your scene right now?

Oh, damn. I’m gonna say this kid Max Navid-Oster. He looks like he’s sleeping while he skates; a cross between Nate Jones & Stefan Janoski. Also, it’s always a pleasure for me to watch Yoon Sun & Josh Ferguson skate in person. Our Baltimore scene is full of incredible skaters. 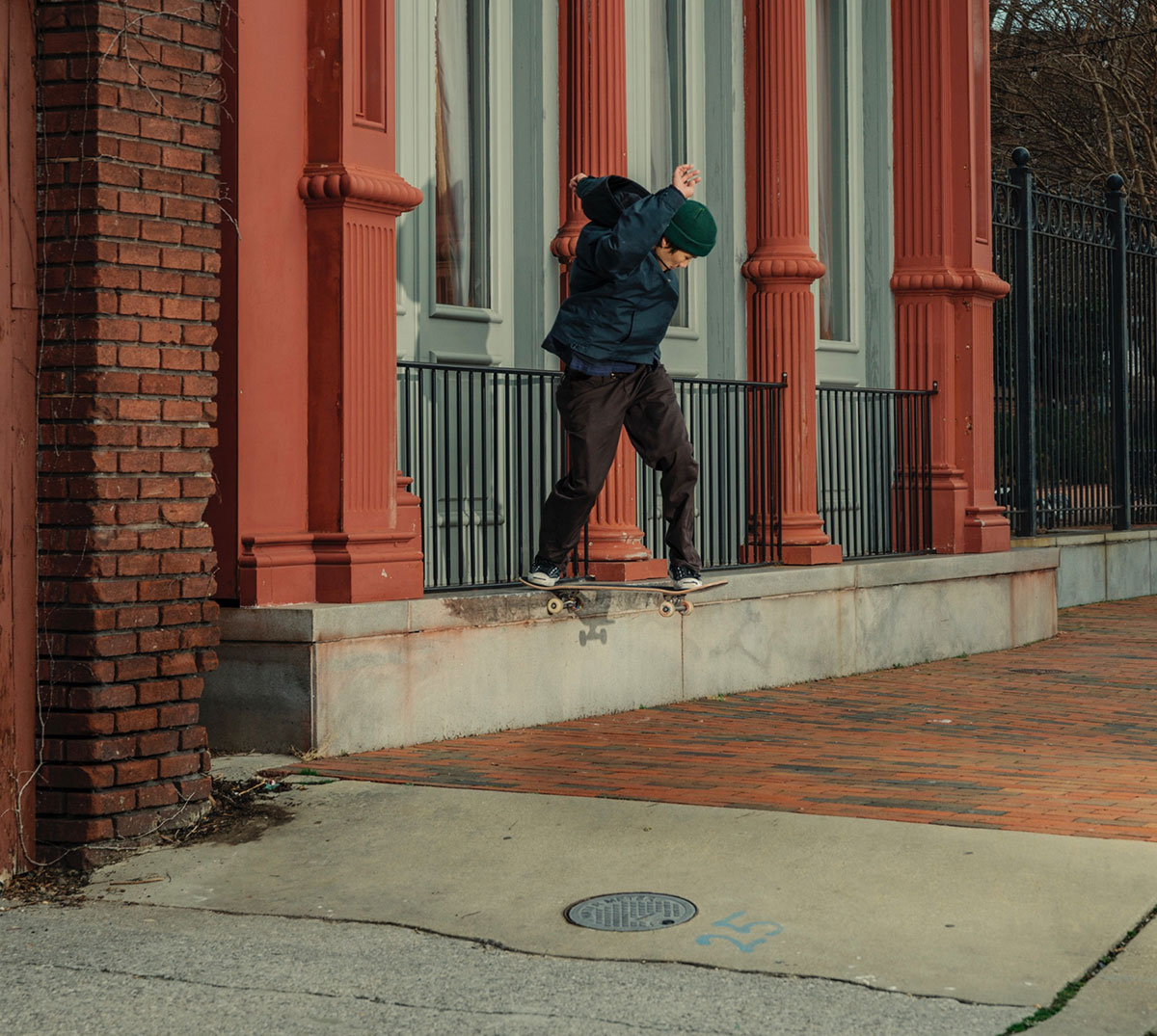 I remember going to Baltimore when I was a kid and being impressed by how strong the scene was.
If you could pick 3 skaters from any time period to ride for the shop, who would they be?

Good choices – covering a good span of skateboarding with those 3. Was Guy Mariano a big influence on your skating?

Yes, he’s my all time favorite. I finally got to meet him at a Nike thing and he was a down to earth, rad human. That’s what it takes to have a career as long as he’s had. You gotta be rad! 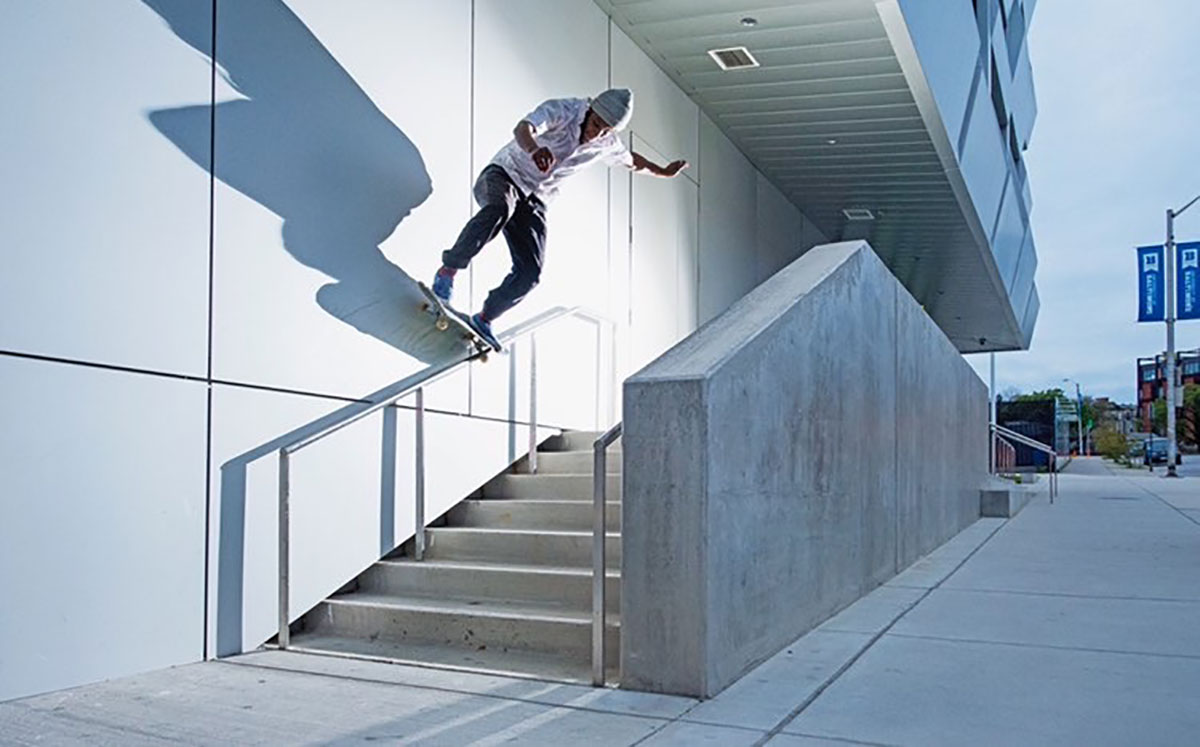 If Vu was a beer what would it be and why?

Funny you say that. I was working all year with Key Brewing Company here in Baltimore for a Vu beer and almost had everything done. Hopefully we can still make it happen soon. It’s a 5.3% California style IPA (because I ride 53mm wheels).

Naw, now that I’m older I’m a beer snob you could say. I had a ton of meetings with the people from Key, tasted stuff, and figured out exactly what I like. You can’t put your name on something if you don’t 100% back it.

Fair enough – what are some unforgettable moments running the shop over the years?

Well, it will be our 12th year in business this June. Just watching our team riders go from kids to men, and how much of a family they really are. It gives me that proud dad feeling. Same with the kids from my skate camps.

Also – I’m a huge 90s hip hop fan so, for our 10 Year Anniversary I booked a venue with Smif-N-Wessun & Cormega. We did a collab with Mega. Shit was unreal. Somehow Ron Allen and Kareem Campbell showed up. It was sold out and had such a great turnout. I was getting DM’s from other rappers wanting me to do a show. I was like, “I’m not a promoter I just wanted to do some baller shit for our ten year anniversary”. 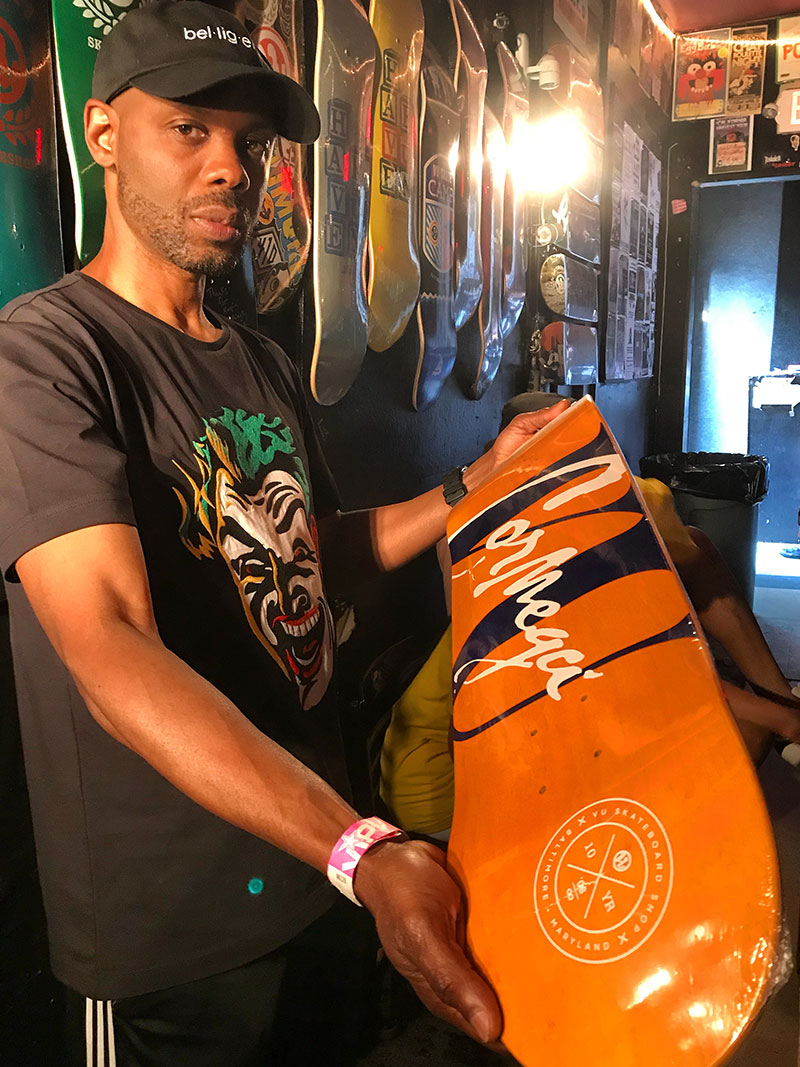 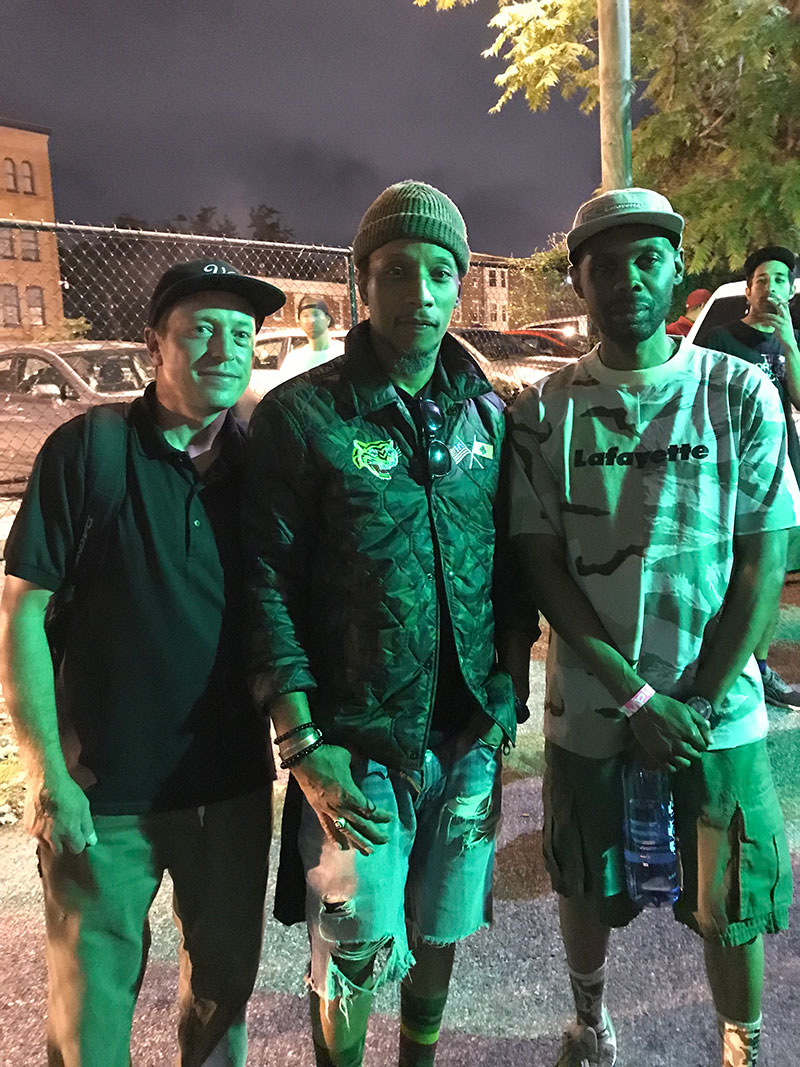 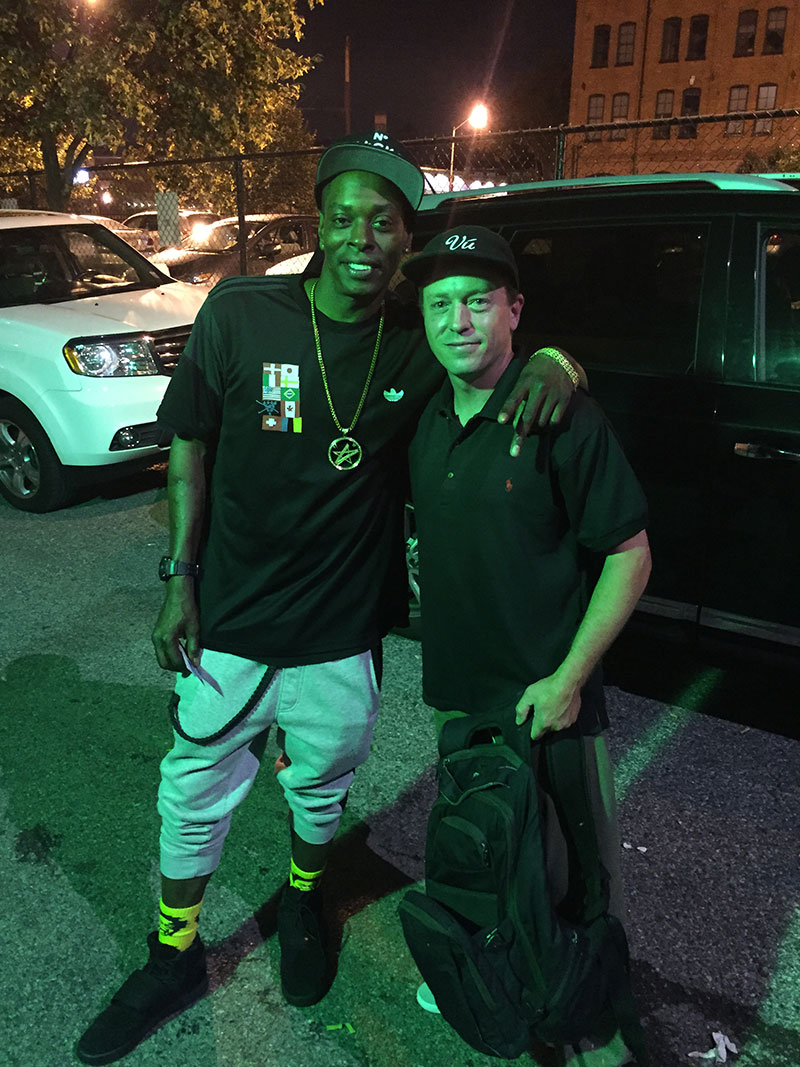 Sounds like an epic way to celebrate 10 years! What have you been doing to keep busy during COVID?

It’s been really tough. I have 2 boys, 4 & 7 years old. Since school has been canceled and my wife is super busy working from home, a lot of times I have to bring them to my shop. My 7 year old, Silas, is in first grade and we have to teach him, so we are teachers now as well.

I have been chasing every dollar doing a little curbside pickup, deliveries, & online. People have been supporting us a ton though, so financially speaking we are ok. 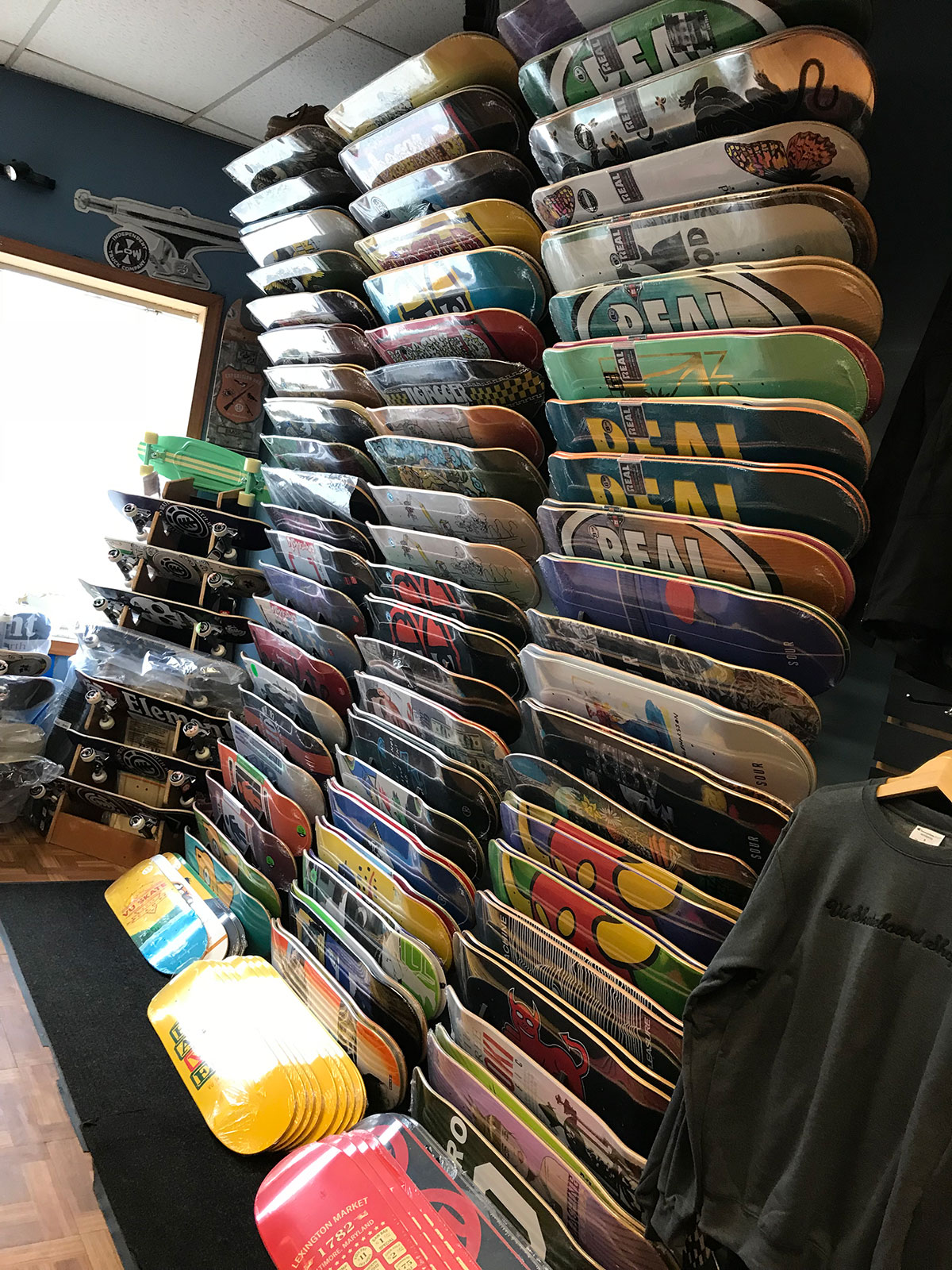 Sounds like you’re hustling on all kinds of levels. Last one – what trick has been giving you trouble lately?

The trick I’ve battled with since I started skating is a 3 flip. Sometimes, I can do one first try, and other times I can’t even do it. I’ve always found switch 3 flips to be easier for me. Maybe I’m really regular footed.